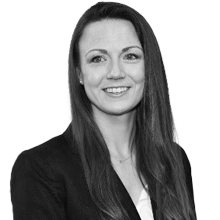 Tina Carlile-Kapur is the Senior Counsel for International Trade at bp. Prior to joining bp, she held roles at the U.S. Departments of Homeland and State and worked as a Senior Manager at Deloitte LLP in London. While in government, Tina served as the homeland security representative to the Wassenaar Arrangement and the President’s Export Control Reform Initiative. She also served as the Department of Homeland Security’s lead international and compliance attorney. At Deloitte Tina advised a wide range of energy, aerospace and defense, and telecom companies on U.S. and EU sanctions and dual-use and military export controls.

Tina holds a law degree from the University of California, Los Angeles where her focus was International Law and Technology. Prior to law school, Tina worked at Microsoft in Shanghai and Taipei.