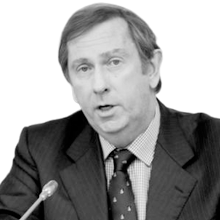 Rick McDonell is well known for his previous role as the Financial Action Task Force (FATF) Executive Secretary. The FATF was established in July 1989 by a G-7 summit in Paris, and examines and develops measures to combat money laundering and terrorist financing. Among McDonell’s many accomplishments at the FATF was the development of a new, standardized country assessment “methodology.” This expanded the focus of assessments beyond the initial implementation of FATF standards to examine their actual effectiveness in terms of supporting a reduction to financial crime levels-a dramatic change, which has enabled the strength of AML regimes to be clearly determined.

Under McDonell’s leadership, the FATF Global Network also expanded to nine FATF-Style Regional Bodies (FSRBs), an important accomplishment for ACAMS as the Association has members in over 160 countries, most of those in one of the nine regions. McDonell’s many years of direct experience working with the regional bodies has given him a unique global perspective on AML and financial crime challenges facing ACAMS’ members.

He is a lawyer by training and has had extensive experience as a federal prosecutor and in conducting complex investigations including being in charge of many multidisciplinary investigation Task Forces into organized crime cases both nationally and internationally. He also has had experience in private legal practice and as a university lecturer.