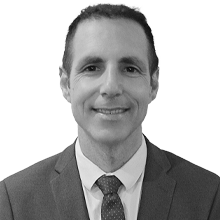 Noé de la Rubia González, seconded police officer from Spanish National Police, currently attached at the INTERPOL´Financial Crime Unit as a Criminal Intelligent Officer, where he has been deployed since June 2019.

Noé joined the police in 2001. Since then, the vast majority of his career has been developed in central units, fighting the most dangerous and sophisticated transnational criminal organisations. The first years as deputy team leader in groups focused on violent and specialized organizations and during the last ten years as head of financial crime investigation groups, mainly related to money laundering and tax evasion crimes.

In his current position,  Noé is in charge of receiving and checking against INTERPOL´s databases the information provided by member countries. He supports their financial investigations with his experience and network to facilitate the exchange of information and its operational coordination. Noé collaborates in several regional and global projects that focus on different typologies of financial crimes by providing training to LEAs and assistance in international operations carried out within the framework of that project.

Noé has degree in Law by Complutense University of Madrid and Police Sciences by Salamanca University. He has also participated in several international courses training other LEAS.