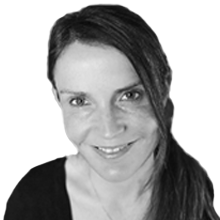 Justyna Gudzowska joined Morgan Stanley in 2018 as an Executive Director in the Firm’s Global Financial Crimes Legal group. She delivers advice and counsel to the Firm’s businesses on financial crimes issues and serves as the Firm’s lead lawyer on sanctions issues.

Before joining Morgan Stanley, from 2013-2018, Ms. Gudzowska served as an Expert at the United Nations, advising the Security Council on sanctions against ISIS, Al-Qaida, the Taliban and their associates, as well as terrorism financing more broadly. Prior to her appointment to the United Nations, from 2009 to 2013 she served as a legal advisor to the Office of Foreign Assets Control (OFAC) at the U.S. Department of the Treasury, where she advised on the full spectrum of economic sanctions issues. Earlier in her career, she worked as an attorney at Cleary Gottlieb Steen & Hamilton and Debevoise & Plimpton.

Ms. Gudzowska received her Juris Doctor from Yale Law School, where she served as Development Editor for the Yale Journal of International Law, and holds master’s degrees from the University of Cambridge and the London School of Economics, where she was a Marshall Scholar, as well as a B.A. from Rice University.