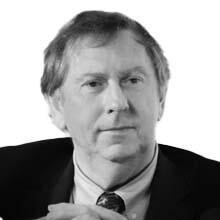 Rick is also well known for his previous role as the FATF Executive Secretary from 2007 to 2016. During his tenure the FATF standards were comprehensively revised, a new compliance assessment methodology to measure the level of effectiveness of countries was adopted, and the current round of country evaluations was begun. He oversaw the expansion of the FATF Global Network to nine FATF‐Style Regional Bodies (FSRBs) comprising over 190 countries.

Before his FATF role, Rick was the Chief of the UN Global Programme against Money Laundering (GPML) and prior to that, the founder and inaugural Executive Secretary of the Asia/Pacific Group on Money Laundering (APG) from 1998 until 2005. Rick has had extensive experience as a prosecutor and investigator leading complex multidisciplinary investigation Task Forces into organised crime cases both nationally and internationally. He has also had experience in private legal practice.

Currently, Rick is also Chair of the Advisory Board and Adjunct Professor for the Executive Master of Arts in Financial Integrity degree (MAFI) at Case Western Reserve University School of Law.
In other fields, Rick is a member of the Advisory Board on the Future of Financial Intelligence Sharing being conducted through the Royal United Services Institute (RUSI), UK and a Council Member of the Sports Integrity Global Alliance (SIGA), an independent global body which has set financial and governance integrity standards for sporting organizations and will soon begin a voluntary compliance assessment process.

Rick is a lawyer with a BA, LLB and Graduate Diploma in Commercial Law from Monash University, Australia.