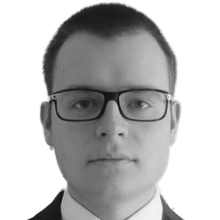 George Voloshin is head of the Paris office at Aperio Intelligence, a London-headquartered corporate intelligence and anti-financial crime consultancy. He leads Aperio's work in France and other countries of continental Europe. George has particular expertise in the former Soviet Union and global sanctions, having served on the CGSS taskforce in 2019. He also regularly assists with teaching ACAMS webinars, including most recently the French edition of the CGSS. George has written extensively on international affairs, with a focus on the CIS region, and has published to date two books and hundreds of articles.