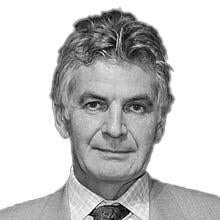 Peter J Warrack, (CAMS) is currently Director, Risk Intelligence for the Bank of Montreal (BMO). Prior to his current role he built two highly capable AML FIUs at the Royal Bank of Canada (RBC)and BMO viewed locally as ‘the universities of AML”.

Peter was recruited to Canada by RBC leaving behind a successful career in law enforcement in the UK. In Canada, he successfully built and pioneered RBC’s intelligence –led fraud prevention approach setting the standard for ‘the culture of intelligence’ before specializing in AML.

Since coming to Canada, Peter has been a proponent of joint / law enforcement investigations and actively involved with law enforcement in the legal sharing of information and best practices, which has resulted in numerous arrests and the interdiction of crime.

Peter frequently presents and publishes on subjects including intelligence, fraud and money laundering and is often referred to as a practical academic and thought-leader. Peter’s contribution to the AML industry was recognized by his peers in 2011 when he received the ACAMS Professional of the Year Award.