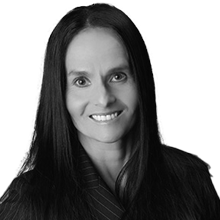 She has over 10 years of regulatory compliance Fraud/AML & Risk experience in monitoring bank accounts, merchant, cardholder credit card and prepaid card transactions as an employee of First Data Merchant Services, PreCash, Inc. and JPMorgan Chase. Joann worked for 7 years for the FinCEN Suspicious Activity Report (SAR) to be updated for the Human Trafficking checkbox that was successfully implemented in June of 2018.

Joann is a recipient of the First Data Leader of the Pack Award and the PreCash Dazzle Award for outstanding work. Joann is a recipient of the CFCS Scholarship award for Human Trafficking Prevention. She is a member of the IAFCI, ACAMS and InfraGard. Joann is the proud sister of an NYPD Detective, New York’s Finest. Joann is one of the Women showcased in ACAMS Today for being influential in AML and Fraud Crime Prevention.

Joann is a recipient of the ACFE Houston Chapter 2013 Service Appreciation Award for Fighting Human Trafficking and the JPMorgan Chase Employee of the Quarter Award for going Above and Beyond. Joann has completed 21 marathons including 17 NYC Marathons and is an advocate of children and women’s rights in helping in the fight to end human trafficking.

Joann is a co-author in the Handbook of Sex Trafficking; Feminist Transnational Perspectives