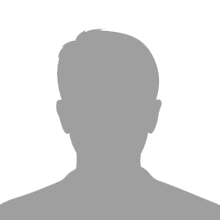 David Rowe-Francis, was recently appointed Head of Transactional Monitoring (HK), having worked as the Head of AMLTM for HSBC (UK). His connection with financial crime burgeoned as a criminal defence, white collar crime solicitor specialising in fraud, AB&C and complex crime. An earlier member of the ICAEW’s Fraud Advisory Panel, David continues to write articles for The Panel, as well as Informa and formally ACFE’s UK Chapter on Money Laundering. In 2016 David join an amateur AI & Machine Learning researchers adding to the discourse on ethics and the use AI in the FIn/RegTech sector. Shortly after the enactment of the 2003 Money Laundering Regulations David joined the Law Society of England & Wales, as the Senior Money Laundering Advisor (fondly not the MLRO), providing guidance to fellow practitioners on their conformance with and the impact of the expanded legislation. During that time David was a part-time lecturer at Nottingham Trent University. However, as the legal profession’s knowledge of PoCA & the Regulations matured and a renewed passion for other things financial crime David joined the Royal Bank of Scotland, to manage Fraud, Conduct, Investigation and Whistleblowing risks initially in its Market’s arm before moving to Commercial division as the bank’s strategy changed. Throughout his career at RBS and beyond David remains eager to participate in rational debate that helps advance an understanding of the risks, benefits, consequences, opportunities and harm associated with financial crime.