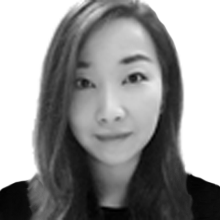 Ms. Qiu is the Head of Sanctions for Greater China & North East Asia in Standard Chartered Bank based in Hong Kong, which in charge of managing all aspects of Sanctions compliance program in the region. Prior to this role, she was the APAC Director, Global Financial Crimes Compliance for Bank of America Merrill Lynch, and was responsible for regulatory exams, audit, regulatory changes, compliance Monitoring & Testing, issue management, Policy and Program, Risk Assessments, and trainings for 12 jurisdictions in the Asia Pacific region.

Before relocated to Hong Kong on January 2014, Ms. Qiu was the Head of AML for BAML China & the China Money-Laundering Reporting Officer, and was leading Bank of America Merrill Lynch’s Anti-Money Laundering and Economic Sanctions efforts in China. She had been in that role since 2010, and previously, Ms. Qiu worked for Financial Intelligence Unit (FIU) in Bank of American’s Global Headquarter in US.