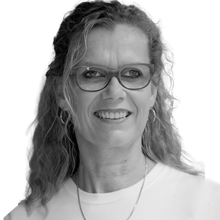 Dr. Nelly Schotborgh-van de Ven CFE studied Criminology in the Netherlands and started her career in 1994 at the Dutch National Police Force. In 1999 she moved to Curacao. As a Certified Fraud Examiner she has been working in the field of financial forensic research, integrity and compliance in the Dutch Caribbean for more than 20 years. After a career at Ernst & Young and Forensic Services Caribbean, she started her own company SRA-Caribbean & Partners in 2010.  The company specializes in (scientific) research, training and advise related to integrity-, risk- and compliance. In 2012 Nelly was hired by Transparency International to conduct the National Integrity Assessment in Curacao. Nelly lectures Criminology at the University of Curaçao and wrote a PhD thesis about the causes of fraud and corruption in the Dutch Caribbean. She is a co-founder of Kòrsou Transparente, a foundation that focuses on preventing and combating corruption in Curacao. Nelly is the author of several publications on fraud and corruption and other forms of crime.