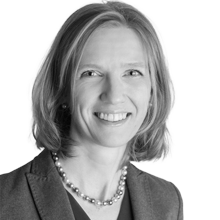 Katarina is working as Head of Financial Crime at Brewin Dolphin. Previous roles include Head of Compliance for Europe Arab Bank, Dep MLRO for Bank ABC and Head of Conduct & Regulatory Affairs for RBS Netherlands in Amsterdam. Originally from Sweden, with a degree in Political Science and Russian, Katarina moved to London in 2005. She held a number of different KYC and AML related roles in ABN Amro/RBS, which sparked her interest in financial crime and led to a career in financial crime prevention for financial institutions. Katarina was a board member for ACAMS® Netherlands Chapter whilst working in Amsterdam (2016/17) and joined the UK Chapter in 2018, taking on the role as Chair in September 2019.