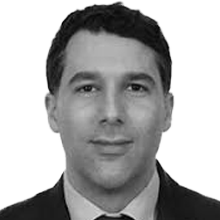 Executive Secretary of the
Egmont Group of Financial Intelligence Units

Jérôme Beaumont has 15 years of experience in anti-money laundering and counter terrorism financing.

He first graduated in Political Science and Mandarin, before graduating from the Military Academy of Saint-Cyr. Jérôme Beaumont then was deployed for numerous years in the Balkans, Africa and Middle East, where he served in the UN.

In 2010, Jérôme Beaumont joined the French Financial Intelligence Unit TRACFIN. Over the course of six years he participated in the processing of major operational anti-money laundering cases and covered TRACFIN’s international information exchange during the 2015 Paris attacks.

Jérôme Beaumont was also responsible for the TRACFIN’s international policies. He participated in the review of the Egmont Group Key documents and major Information Exchange project projects such as ISIL. He also participated in FATF and FSRBs MERs and in World Bank acivities.

Since 2016, Jérôme Beaumont has been the Executive Secretary of the Egmont Group of Financial Intelligence Units (FIUs). A global organization gathering more than 159 FIUs dedicated to the fight against money laundering and terrorism financing.