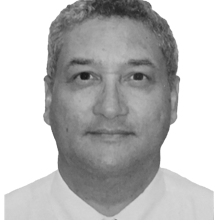 Mr Christopher Malan is Executive Manager of the Compliance and Prevention Division at the Financial Intelligence Centre (FIC), the national financial intelligence unit in South Africa, with responsibility for monitoring the national state of supervision, and inspections, by supervisory bodies and status of compliance of accountable and reporting institutions, and affected persons, in terms of the Financial Intelligence Centre Act, 2001 (FIC Act).

In late 2004, Mr Malan transferred to the FIC from the National Treasury where he was the Chief Director of Financial Regulation, and had finalised the AML/CFT policy and regulatory regime, including stakeholder consultations on the draft FIC Bill, oversaw the passage of the FIC Bill through Parliament, and advised then Minister of Finance, the Honourable Dr Trevor Manuel, on the establishment of the FIC.  At National Treasury, he formed the Financial Sector Policy Unit, to advise the Minister of Finance, on financial sector policy and the regulation of the South African financial system, and promoted the financial sector legislation of the Ministry of Finance before the South African Parliament, where he appeared often.