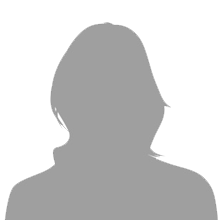 Karen joined UK Finance in October 2020 as the Managing Director for Intelligence Strategy. Prior to this role she was a police officer for nearly 29 years starting her career in the Royal Ulster Constabulary and retiring from City of London Police. Her final policing role was Commander and National Coordinator for Economic Crime across UK Policing. Her responsibilities included Complex Fraud, Money Laundering, Overseas Anti-Corruption, Intellectual Property and the Economic Crime Academy. She worked across government and a range of sectors to deliver on a National UK Fraud Policing Strategy and has been central in developing broader solutions to the challenges of Economic Crime across UK Law enforcement. She deputised for the National Police Cyber lead and led on the ‘Protect strategy’ for Cyber policing across UK.

As an investigator she has led and been operationally involved in virtually all aspects of serious crime investigation with a strong level of expertise in policing Organised Criminality, safeguarding, murder and kidnap. She has an extensive understanding of the challenges and benefits of the effective use of intelligence from her role as Head of Terrorist Investigations in PSNI.

Karen has been key in other aspects of leadership such as diversity and inclusion and has actively been involved in the development of women and other minority groups across policing. She has a degree in Social Policy and holds a (Mst) with the University of Cambridge.