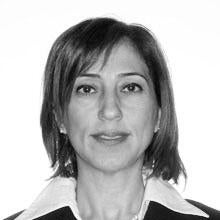 Samar Baasiri(CAMS) was recently elected by the World Union of Arab Bankers as the Head of Compliance Officers in Lebanon & the MENA region.

With 20 years of banking experience in Canada and Lebanon, Ms. Baasiri is currently the Head of the Compliance Department at BankMed and its subsidiaries in Lebanon. In this role, she is in charge of preparing the bank’s Anti-Money Laundering policies and procedures on a risk-based approach. She also participated in building the AML risk matrix model now used in the bank and implemented Anti-Money Laundering software for the AML unit for monitoring customers and internal accounts. Before arriving at BankMed, Ms. Baasiri served as the head of operations division and trade finance at the United Bank of Lebanon, the customer relations manager at Bank Audi and is the former assistant head of operations & trade finance at HSBC, Canada.

Samar is a Certified Anti-Money Laundering Specialist (CAMS) and has been a member of the ACAMS Advisory Board since 2006. She is also a founding and current member of the AML Committee at the Association of Banks in Lebanon as well as a founding and current member of the Group of Certified Compliance Officers Best Practices Committee for the Middle East and North Africa (MENA) region. Samar is a frequentspeaker at industry, government and law enforcement conferences on compliance and AML/CFT issues in the MENA region and was recently elected by the World Union of Arab Bankers as the Head of Compliance Officers in Lebanon.