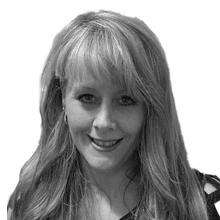 Ruth McGuirl is Senior Counsel with the Public Prosecution Service of Canada (P.P.S.C.), and has been with the PPSC for over 18 years. She has prosecuted offences under the Controlled Drugs and Substances Act, the Criminal Code, the Immigration and Refugee Protection Act, the Elections Act, and the Excise Act. Ruth is presently on the Anti-Organized Crime Team and is responsible for complex drug and organized crime prosecutions. These prosecutions have included members of the Mexican Drug Cartel and traditional organized crime groups, and have involved multi-kilograms of cocaine, fentanyl and other serious schedule I narcotics, along with money laundering and proceeds of crime. Ruth has delivered training over the last 14 years to prosecutors and various investigative agencies nationally and internationally on organized crime, human trafficking, migrant smuggling, rules of evidence, courtroom testimony, and the Charter.

Ruth has also worked with the United Nations Office on Drugs and Crime (UNODC) preparing an advanced training manual, and as an expert moderator and trainer in migrant smuggling and human trafficking.  In 2009, Ruth attended as a participant and moderator in 3 UNODC Expert Group Meetings in Senegal, Egypt and Nigeria and contributed to the completion of the Basic Manual for Migrant Smuggling Investigations.   In 2010, Ruth was the lead consultant responsible for the preparation of the UNODC Migrant Smuggling In-Depth Manual for Investigators and Prosecutors,  and facilitated Expert Group Meetings in Austria and Thailand. She also delivered training on human trafficking for the UNODC ‘Train the Trainers’ conferences in Mexico and Costa Rica; and was an expert guest speaker at the UNODC Global Migration Symposium in Geneva, Switzerland on human trafficking and global trends.