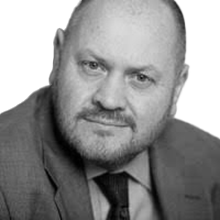 Neil has a unique background in financial crime risk management, spanning over 25 years.  Neil began his career as a stockbroker trading equities, bonds and derivatives, before working within Law Enforcement agencies investigating financial crime, including domestic and international fraud and money laundering, and as a Financial Services Regulator developing AML/CTF regulation and supervision techniques.

Neil has worked at senior levels managing AML/CTF, Sanctions and Anti-Bribery compliance across Europe, the US, Latin America, Asia, and Australia within two major global investment bank, one European financial services company and a major Australian bank.
Neil was founding Joint-Chair of the Association of Certified Anti-Money Laundering Specialists (ACAMS) Australasian Chapter and is a member of the chapters Advisory Board.

Between 2003 and 2006,  Neil was a member of the Board of the UK’s Joint Money Laundering Steering Group (JMLSG) which sets the AML/CTF standards for all regulated businesses in the UK.

Neil is a member of the faculty and lectures as part of the International Compliance Association (ICA) Post Graduate Diploma of Applied Anti Money Laundering and Counter Terrorism Management.

Since 2012, Neil has run a specialist AML/CFT consultancy providing advice and support to business subject to AML/CTF regulation, including undertaking independent reviews of the adequacy AML/CTF systems controls.

Neil has regularly attended the Private Sector Expert forum of the Financial Action Task Force (FATF) -the international body that sets AML/CTF standards globally, and was a founding participant in the FATFs FinTech and RegTech Forum in 2017.

Since 2017,  Neil has participated in the annual Counter-Terrorist Financing Summit between Australia, Indonesia and Thailand and other ASEAN countries.

In 2017, Neil was appointed by AUSTRAC as their ‘expert witness’ in the civil claim against CBA for AML/CTF breaches, which resulted in CBA paying a settlement of $700 million in 2018.

In July 2019, Neil was authorised by AUSTRAC to be the External Auditor for AfterPay, the Buy Now Pay Later business, to audit AfterPay’s compliance with its obligations under the AML/CTF Act and Rules.

In November 2019, Neil was appointed by AUSTRAC as their ‘expert witness’ in the civil claim against Westpac for AML/CTF breaches, which resulted in Westpac paying a settlement of $1.3 billion in 2020.