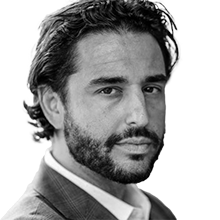 Grant Rabenn is Associate General Counsel for DOJ and Treasury Matters at Coinbase, where he guides the company's engagement with DOJ and Treasury, including it's response to new laws and regulations, and also provides subject matter expertise in the areas of money laundering, Bank Secrecy Act, and sanctions.Before joining Coinbase, Grant served for ten years as federal prosecutor in the Eastern District of California (Sacramento).  Grant held leadership positions within several federal task forces focusing on cybercrime, cryptocurrency money laundering, and Bank Secrecy Act violations. Grant also served as Suspicious Activity Report Coordinator and Cyber Fraud Coordinator for the Eastern District of California. Notable cases that Grant prosecuted include the global investigation and takedown of AlphaBay, the world's largest darkweb marketplace, which was described as most successful cybercrime prosecution in the history of the Internet; and the investigation and prosecution of the administrators and moderators of Wall Street Market.Grant is a graduate of the University of California, Los Angeles, and the Georgetown University Law Center.