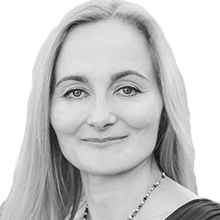 Head of Regulatory and Supervisory Policies
Financial Stability Board

Eva Hüpkes is Acting Head Regulatory and Supervisory Policies at Secretariat of the Financial Stability Board (FSB). Since she joined the FSB in 2009 she has contributed substantially to the development of the G20 post-crisis policy reforms. She played a pivotal role in promoting effective resolution of financial institutions as secretary to the FSB's working groups that developed global standards for resolution, Co-Chair of the Basel Committee Working Group on Cross-Border Bank Resolution, and as a member of the Advisory Panel of the International Association of Deposit Insurers

Prior to joining the FSB, she served as Head of Regulation at the Swiss Financial Market Supervisory Authority (FINMA) where she, for over a decade, helped design and draft a broad range of legislative and regulatory reforms. During 1997-1999 she worked at the International Monetary Fund where she supported the Fund's response to the Asian financial crisis. Eva Hüpkes has studied law and international relations at the University of Geneva and its Graduate Institute of International Studies, Georgetown University and the University of Passau, Germany. She holds a PhD in law and is a member of the New York Bar.