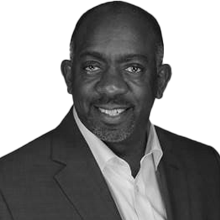 Mr. Owens also served as an Assistant Special Agent in Charge in El Paso, Texas, as well as the Chief of Staff (COS) over the New Mexico/West Texas Alliance to Combat Transnational Threats (NM/WTX/ACTT), a collaboration of Federal, Military, State, County, Tribal and Local law enforcement agencies focused on denying, disrupting, degrading and dismantling transcontinental criminal organizations (TCOs). As the COS, he managed the daily operations of task force personnel and through utilizing a multi- agency approach, he was able to enhance law enforcement collaboration and successful interdiction and intelligence gathering efforts on both sides of the U.S./Mexican Border.

His headquarters assignments in Washington, DC included service as the Unit Chief of the Emergency Preparedness and Incident Management Unit. In said capacity, he provided guidance, oversight, funding and coordination over the Emergency Preparedness & Incident Management Program for the Office of Investigations which includes Headquarters and the 26 Special Agent in Charge Offices located throughout the United States, including Puerto Rico and Hawaii. Other assignments include his work as a Group Supervisor in HSI San Juan, PR and as a criminal investigator in San Francisco, CA.