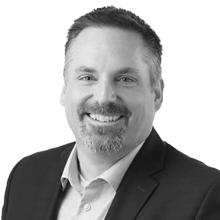 Derek has extensive domestic and international experience in the compliance, anti-money laundering and intelligence fields. He has a well-rounded background, having worked in both the public and private sectors, and has focused his expertise on the gaming industry over the past ten years.

Prior to joining MT>Play, a global gaming advisory firm, Derek was the Director of the Intelligence and Investigative Support Branch at the Alcohol and Gaming Commission of Ontario, where he led an integrated team of police and regulatory professionals in the gaming, liquor and horse racing sectors. He also served as a Commissioner on the Bermuda Casino Gaming Commission and helped to establish a regulated gaming industry on the island with a specific focus on anti-money laundering controls and compliance.

Derek was previously an officer with the Government of Canada’s financial intelligence unit. His primary duties there included enforcing compliance with federal money laundering and terrorist financing regulations, and liaising with domestic and international regulatory and law enforcement agencies.