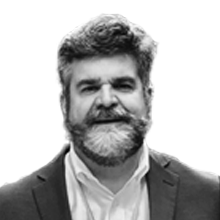 Colin McGinnis serves as the Policy Director of the U.S. Senate Committee on Banking, Housing and Urban Affairs, where he advises Chairman Brown and members of the Committee on international economic issues and national security policy, including economic, trade and financial sector sanctions, export controls, countering the financing of terrorism, US anti-money laundering efforts, and related matters. He has served on the Banking Committee staff since 2007, including a stint as Staff Director during Congressional consideration of the Dodd-Frank Act. A long-time Congressional staffer, McGinnis previously served as Chief of Staff to US Senator Paul Wellstone, and has held numerous other senior Congressional staff positions. He has also served as the Chief Operating Officer of an international humanitarian relief and development organization. A native Minnesotan, McGinnis graduated magna cum laude from Carleton College with a B.A. in English Literature in 1984. He also holds a Master of Divinity degree, with a concentration in social ethics, from Yale University.