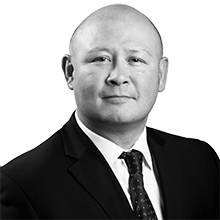 Andrew is the Country Head of Financial Crime Threat Mitigation, HSBC Malta. This role involves identifying and mitigating the specific financial crime risks to the bank in Malta and transnationally through Investigations, Intelligence and Fraud Mitigation.

Andrew Mackay enjoyed a 26-year career in the Royal Navy as an Intelligence Officer. His early sea-going deployments included the Caribbean for hurricane relief and counter-narcotics operations, and two global deployments to the Middle East and Far East for defence engagement and security assurance operations. He undertook a number of operational deployments in the Balkans (2003) in support of investigations into war criminal facilitation networks, Iraq (2004 and 2007) investigating Iraqi WMD sanctions evasions and terrorist networks, Afghanistan (2009) in counter-insurgency and counter-terrorism roles and Bahrain (2011) for maritime security operations, counter-narcotics, counter-piracy and counter-terrorism roles in the Gulf and Indian Ocean.

Andrew has served in National and NATO headquarters in the UK and Naples, Italy and also spent 4 years as an intelligence liaison officer in Washington DC where his remit included geo-political analysis, counter-terrorism, technology and innovation design and acquisition, and specialising in Threat Finance (AML/CFT); all of which involved working closely with international intelligence and law enforcement agencies, academia, think-tanks, regulators and multi-national organisations.

He is a Certified Anti-Money Laundering Specialist (CAMS) and a former member of the Washington DC ACAMS Chapter. Andrew holds a Bachelor’s degree in History from Queen Mary, University of London and a Master’s degree with Distinction in Intelligence and International Security from King’s College, London with a dissertation focused on the use of intelligence in AML/CFT.