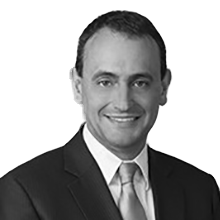 Adam M. Smith is a partner at the international law firm of Gibson, Dunn and Crutcher in Washington, D.C. where he focuses on international trade, sanctions, and export controls.  From 2010-2015 Adam served as the senior advisor in the Obama Administration in the Treasury Department’s sanctions unit (OFAC) and as Director of Multilateral Affairs on the National Security Council.  Since joining Gibson Dunn Adam has worked with major financial institutions, manufacturers, and service providers in navigating the growing complexities in international trade regulation and enforcement.

Adam is the author of dozens of articles, and three legal textbooks, including the recently-published first-ever desktop treatise of economic sanctions (US, EU, and UN Sanctions: Navigating the Divide for International Business [Bloomberg 2019]), has testified before the U.S. Congress about sanctions, and is a frequent commentator in the media and presenter at industry and academic conferences globally.

Earlier in his career, Adam was a political economist at the United Nations and also held posts at the World Bank and the OECD.  Adam earned his law degree from Harvard, his master’s degree from Oxford, and his bachelor’s degree from Brown.