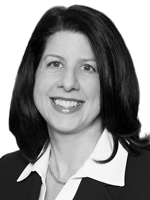 Meryl currently serves as the Managing Director of Investigations at T&M Protection where she supervises and conducts financial crime investigations, serves as monitor, and provides individual attention, training and guidance to individuals and institutions with potential criminal, civil or regulatory liability.

Meryl began her legal career at the Queens County District Attorney’s Office. After conducting felony trials for three years, Meryl was promoted to the Investigations Bureau where she conducted and supervised numerous long-term confidential and sensitive organized crime and fraud investigations.

She next worked at the NYS Organized Crime Task Force where she directed organized crime and financial fraud investigations. She was cross-designated as a Special AUSA in both the Southern and Northern Districts of New York, presenting international criminal findings in federal courts throughout the US and creating successful partnerships with foreign law enforcement and regulatory authorities.

Meryl was promoted to Chief of the Money Laundering Investigations Unit and Chief of the Statewide Crime Proceeds Strike Force. These multi-agency units investigate and prosecute violations of money laundering as well as violations of the Banking and Tax laws. She led a task force of regulatory, civil and criminal investigators, agents, auditors, and attorneys. She maintained Top Secret Clearance while conducting investigations with the Joint Terrorism Task Force.

Ms. Lutsky is also a noted public speaker and subject matter expert in the field of money laundering and financial crime, speaking at conferences throughout the United States. She is a past recipient of the ACAMS Anti-Money Laundering Professional of the Year award.