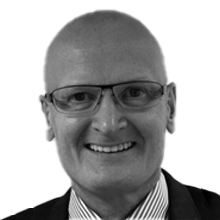 Kenneth Pemberton had a career in the police in the UK and Hong Kong, and has lived in Hong Kong for over 30 years. During his time as a police officer Ken led various teams of detective officers, and specialized in investigation of financial and commercial crime.

Upon leaving the police force in Hong Kong, Ken became the Asia-Pacific Regional Head of Fraud Management in Citibank, a post he held for some 3.5 years.  Thereafter ken joined Standard Chartered Bank in Hong Kong as it’s Regional Head of the Integrated Intelligence and Investigations team.  During this time Ken represented the Bank when it worked with HSBC and the Bank of China together with the Commercial Crime Bureau of the Hong Kong Police to establish Hong Kong’s public-private partnership, the Fraud and Money Laundering Task Force (FMLIT).  Ken has previously presented to the Regulator in Taiwan concerning public private partnerships, and has spoken on PPPs at several conferences in Hong Kong. After four years with Standard Chartered Bank, Ken became the Head of Financial Crime Threat Mitigation for Hong Kong and Greater China for HSBC.  Ken assumed his current post in September 2020 when the compliance department of the Bank was reorganised.