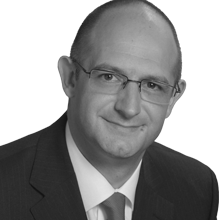 Dr. Hans-Jakob Schindler is the senior director of the Counter Extremism Project (CEP) in New York and Berlin. He is managing the organization’s relationships with international organizations, including various United Nations bodies. He also leads CEP’s work and operations in Germany. Furthermore, Dr. Schindler serves as the co-chair of the advisory board of the Global Diplomatic Forum (GDF) in London, advising the organization on its strategic planning and outreach. He is also a member of the Board of Directors of Compliance and Capacity Skills International (CCSI) in New York. As an independent director for CCSI he takes part in overseeing CCSI’s operations, provides advise on its strategic development and is part of the CCSI expert team delivering capacity building to governments and private sector stakeholders focused on United Nations sanctions implementation. Dr. Schindler is also a teaching fellow for terrorism and extremism at the Academy for Security in the Economy (ASW Akademie AG) in Essen.

In 2013 he joined the ISIL (Da’esh), al-Qaida and Taliban Sanctions Monitoring Team of the United Nations Security Council and served as the Team’s Coordinator from July 2015 until mid-January 2018. As Coordinator Hans led the global work of the Monitoring Team for both the ISIL (Da’esh) and Al-Qaida as well as the 1988 Sanctions Committees of the United Nations Security Council. He managed and shaped the reporting concerning the development of the global terrorism threat to the members of the Security Council and regular updates on the status of the European nationals and entities on the ISIL (Da’esh) and Al-Qaida Sanctions List. For the 1988 sanctions regime he oversaw the work of the Team concerning the situation in Afghanistan and the wider region. He regularly briefed the members of the Council on the status of the individuals and entities on the 1988 Sanctions List (Afghan insurgency). In addition, he was responsible for the development of recommendations for both Sanctions Committees on the effective and efficient implementation of the global travel ban, asset freeze and arms embargo levied against sanctioned individuals and entities.

Prior to his appointment, Hans worked as an associated partner for West Sands and an associated consultant for Stirling Assynt in in the United Kingdom as well as advisor to several companies in Europe. He pioneered the development of a range of new consultant products focusing on security, political and economic issues concerning the Central Asia, the Gulf, the Middle East and North Africa. In addition, he served as Program Director for the Institute for Strategic Dialogue (ISD) in London, leading and increasing the Institute's work in its foreign policy-centered program area.

Between 2005 and 2011 Hans held the position of first secretary for political affairs and liaison to the security forces at the German embassy in Tehran. Acting as special advisor to the ambassador, he led the crisis management team of the embassy during the 2006 and 2009/10 disturbances in Iran.

From 2001 until 2005 Hans headed the federal government of Germany's team investigating al-Qaida in Afghanistan, Pakistan and Central Asia. He introduced scenario-based reporting to top-level government officials and shaped the analytical work on the federal government in the area of counter terrorism. Having studied in Tübingen, Germany, Georgetown, Washington, D.C. and Tel Aviv, Israel, Hans holds a Masters and PhD degree in International Terrorism from St. Andrews University, United Kingdom.