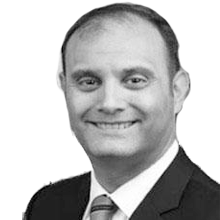 Anthony Orlando is a career federal law enforcement official with 25 years of experience in the financial crimes space. He was named to the newly formed position of Director of the Nationally Coordinated Investigations Unit for IRS Criminal Investigation on May 1, 2017. Mr. Orlando is responsible for the strategic program planning, development, coordination and the implementation of programs that are national and international in scope. As Director, Mr. Orlando is responsible for identifying and developing high impact tax and money laundering investigations in diverse areas such as international, employment taxes, virtual currency and corporate fraud through the use of data analytics and forensics.

In addition, Mr. Orlando is tasked with identifying new and emerging threats and piloting innovative ideas. Mr. Orlando is also a strong advocate for public private partnerships to promote financial crimes compliance and he currently serves as the Chairman of the Executive Planning Committee of the West Coast AML Forum based in San Francisco, California.

Mr. Orlando has a Bachelor’s Degree in Political Science with a Minor in Economics and a Master’s of Science Degree in Accountancy. Mr. Orlando is also the recipient of an Honor Award bestowed by the Secretary of the Treasury in 2005 for his overseas work on a Treasury Financial Jump Team while he was based in Baghdad, Iraq. In October 2019, Mr. Orlando and his team received a Commissioner’s Award for their ground breaking work in the use of data forensics to identify and select potential criminal tax and money laundering cases.