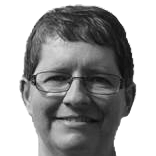 Annie Bédard has been working and building expertise in the AML/ATF area for the last 14 years. She currently holds the position of Senior Compliance Manager of the Relationship Management Unit at FINTRAC and oversees the teams developing guidance for reporting entities, providing policy interpretations and engaging with industry associations and other regulators. Annie previously led different teams within FINTRAC that were responsible, respectively, for domestic policy issues and strategic financial intelligence. The latter included multiple types of classified and unclassified products, including the FINTRAC’s Typologies and Trends Reports Series published between 2009 and 2015. In addition, she worked at the Department of Finance between September 2012 and February 2015 in the Financial Crimes – International Unit and represented Canada’s AML/ATF policy positions in various international forums, including at the Financial Action Task Force and the G7. During her time at the Department of Finance, she also played a key leadership role in the development of the methodology and the conduct of the 2015 Assessment of Inherent Risks of Money Laundering and Terrorist Financing in Canada.