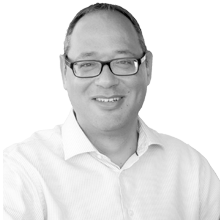 A lawyer by profession, Manfred Galdes is a partner of Fenech Farrugia Fiott Legal and Chairman at ARQ. He has spent the last seventeen years practising in the area of regulatory and AML compliance, having held leading roles both in the private and public sector. He has been involved in the drafting of various laws in Malta and lectures on a number of related areas.

Between 2008 and 2016, Manfred headed the FIAU, Malta’s financial intelligence unit and principal AML supervisory authority. During his tenure he dedicated himself to refining Malta’s and the EU’s capabilities in fighting financial crime, both through his efforts within the FIAU and through his involvement in several high-level international committees. Manfred leads a multi-disciplinary team at ARQ that advises major domestic banks, financial institutions and top-tier gaming companies, assisting them in ensuring compliance with a range of applicable laws.