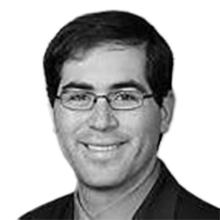 Mr. Michael Hertzberg is an Assistant Director for National Security Trends and Threats with the U.S. Treasury Department’s Office of Terrorist Financing and Financial Crimes. He works on systemic initiatives to identify and combat illicit finance trends and threats, with a focus on terrorist financing, and is the primary drafter of the U.S. National Terrorist Financing Risk Assessment. He supports the U.S. delegation to the Financial Action Task Force, as well as the FATF-Style Regional Bodies, including the Asia-Pacific Group on Money Laundering (APG), and served as a member of the APG assessment team for Indonesia. He also manages the review by the Office of Terrorism and Financial Intelligence of transactions before the Committee on Foreign Investment in the United States (CFIUS).

He previously worked as an associate at Paul Hastings LLP, where he advised U.S. and foreign financial services companies on banking and payments regulatory issues, and as an intelligence analyst for the Department of Defense. He received a B.A. and J.D. from the University of Chicago, and an MS from the Joint Military Intelligence College.