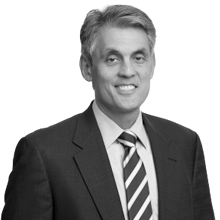 Before joining Capital One, Jim served as the Bank Secrecy Act Officer at Ally Financial, where he was responsible for all Anti-Money Laundering activities and Ally’s Financial Crimes Intelligence Unit as well as other compliance activities.

Prior to that, Jim was the Deputy Criminal Chief (National Security) for the United States Attorney’s Office in Raleigh, North Carolina, where he was responsible for the investigation and prosecution of all national security cases. Before joining the US Attorney’s Office, Jim served 10 years with the Department of Justice in Washington, DC where he served as Senior Trial Attorney with the Department’s elite Counter Espionage Section and Fraud Section. He is a veteran of both the New England Bank Fraud Task Force and San Diego Bank Fraud Task Force.

Jim attended the University of Dayton School of Law where he was named to the Law Review. After graduating law school, he served on active duty with the United States Navy Judge Advocate General’s Corps, during that time Jim received his Masters of Law in International Law from Georgetown University.

He has served as a guest lecturer in the fields of Financial Crimes Intelligence Units, Terrorism and Terrorist Financing, Espionage, Cybercrimes, Know Your Customer, Suspicious Activity Review Teams, and Bank Fraud. He has taught as an adjunct professor of law on Compliance, National Security Law, and Federal Criminal Law.

Jim is a former member of the FBI’s Joint Terrorism Task Force Executive Council for the state of North Carolina. He is a current member of the FBI’s National Security Financial Sector Working Group, the Internal Revenue Service, Criminal Investigations’ Bank Forum, Association of Certified Anti- Money Laundering Specialists (ACAMS) Educational Task Force. He is a board member of the ACAMS Advisory Board and the Bank Secrecy Act Coalition.

His awards include the Department of Justice’s Director’s Award for Terrorism Prevention and National Security for his work in public/private partnerships combating Money Laundering and Terrorist Financing and the Central Intelligence Agency Seal Medal for his contributions to our National Security. Most recently, Jim was also named “AML Professional of the Year” by the Association of Certified Anti-Money Laundering.