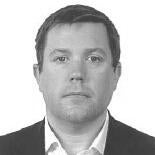 From 2009 to 2014, Mr Meadows served in the State Programmes Team in the Counter Proliferation Department of the UK Foreign & Commonwealth Office, where he worked on the implementation of sanctions regimes targeting Iran, Syria, Libya and North Korea. Mr. Meadows began his career in 2004 working in the UK Ministry of Defence.