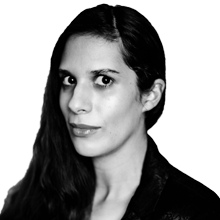 Dr. Nadia Al-Dayel is an expert in analyzing the tactics of captivity, slavery, and human trafficking by terrorist organizations and other criminal actors. She is the Executive Director of Critica Research and Analysis in Washington, D.C. where she develops and supervises new areas of research on terrorism, migration, conflict, and global security. She has in-depth experience investigating how ISIS strategically and financially benefited from the establishment and regulation of slavery across its occupied territories. Additionally, she has surveyed how human trafficking and exploitation occur at migration detention centers in Libya, highlighting policy implications for multilateral border security agreements and humanitarian concerns.

Her work is published in top terrorism and security journals aimed at both researchers and practitioners, including Terrorism and Political Violence, Studies in Conflict and Terrorism, Critical Studies on Terrorism, as well as publications for the International Centre for Counter-Terrorism - The Hague. Her experience comes from living and working in the United States, Southeast Asia, the Middle East, and the United Kingdom. Dr. Al-Dayel obtained a PhD in Politics and International Relations from the University of Nottingham. Her Masters Degree is from the University of Hong Kong.