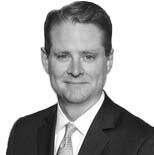 William Langford Jr. joined MUFG Union Bank (“MUB”) as the Chief Compliance Officer for the Americas in March 2017. William previously worked for GE Capital as the Chief Compliance Officer where he led the team responsible for the firm’s global compliance program from 2015. Before joining GE Capital, he served as the Global Head of Compliance Architecture & Strategy at Citigroup, where he led the group responsible for compliance risk analytics and assessments, regulatory and data governance, and global compliance strategy.

Previously, he held several positions at JPMorgan Chase & Co., including the Global Head of Compliance and Head of Enterprise Financial Crimes Compliance. William had also served as the Associate Director for the Regulatory Policy and Programs Division of the Financial Crimes Enforcement Network (FinCEN), a bureau of the U.S. Department of the Treasury. In this capacity, he oversaw the Bank Secrecy Act regulatory, compliance and enforcement functions for the Agency. He has also served as the Senior Advisor to the General Counsel of the U.S. Department of the Treasury, where he focused largely on the implementation of the anti-terrorism and anti-money laundering provisions of the USA PATRIOT Act, including the drafting of regulations implementing these provisions.