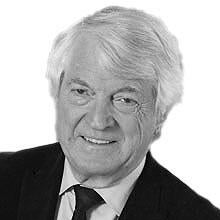 Peter Wild (CAMS-Audit) is an independent consultant in the Anti Money Laundering/Terrorist Financing {AML/TF} and Sanctions field. In consulting engagements he specializes in AML/TF and Sanctions business processes, Independent Testing and Operational and IT Auditing. He is also experienced in the development and presentation of AML Training.

He retired from J.P.Morgan in 2016 as a Senior Manager in the Internal Audit Department. He managed both Information Technology and Operational audits in many areas of the Firm. Starting in 2007, he specialized in managing audits covering all the Corporate AML/TF and Sanctions computer systems and operations.

He is a founding member of the CAMS Audit Faculty {CAMS Audit}, the Co-Chair of the ACAMS New York Chapter and in 2015 he received the Al Gillum Volunteer of the Year Award from ACAMS. He is also a member of the Honourable Artillery Company of London.