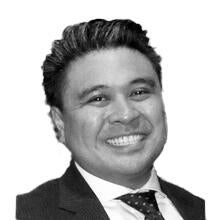 Marc is Director of Quality Control and Testing with AML Compliance at First Republic Bank in San Francisco. He develops and conducts the self-monitoring of the Bank’s AML Program within the second line of defense. Prior to First Republic Bank, was a VP –Senior Audit Manager of the AML Compliance Team at Citizens Financial Group, where he oversaw the independent testing of the AML Program. He has also work as VP of the Regulatory Compliance Audit team at CIT and previously at TD Bank NA, America’s Most Convenient Bank as US Lead/Group Manager within Operational Risk Management, and Senior Audit Manager of the AML Audit Team. At TD Marc developed the audit strategy of the AML program, effectively utilizing data analytics to identify high-risk areas across the Bank’s businesses and products. He also leveraged the use of data in significantly increasing the use of Computer Assisted Audit Techniques (CAATs) to systematically test complete populations of accounts and transactions across all aspects of the AML Program including CIP, Special Measures, and OFAC. Marc was also Vice President in the Legal, Risk and Capital Audit Team at Deutsche Bank NY. He was responsible for executing periodic reviews of the AML Program of DB Canada, and covered the US AML Operations as part of an integrated Global AML Operations review. In addition to AML, Marc was also responsible for the reviews of the Legal Department, specifically developing audit programs of the department’s oversight and governance structure and contract management process. He also developed audit programs to independently test compliance with Electronic Communications Regulations FINRA 07-59 and responsibilities with respect to the TARP Auction Program. Marc also worked in the Global Banking Audit Team at Merrill Lynch where, in addition to AML, he oversaw compliance reviews that covered other regulations including Regulation W –23A/23B and the Community Reinvestment Act. While at Merrill, he also developed the baseline audit programs of the Government Relations Office, and of the Global Private Client Marketing Department. Prior to Merrill Lynch, Marc worked at the NASD and American Express, covering AML and various Federal Reserve Bank Regulations.

Marc graduated with his MBA from Global Executive MBA Program of IE Business School in Madrid, Spain and has a Bachelor’s degree in Accounting from the City University of New York. Throughout his career, he has earned several designations and registrations, including the CAMS, CPA, CIA, CISA, CFSA, Series 7 and Series 63.