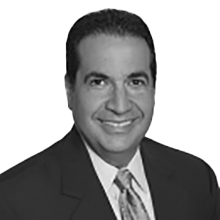 Luis Alvarez is currently Western Union’s Head of Compliance for the Americas Region. In this capacity, he has oversight responsibility for the Compliance Program of Western Union’s Authorized Delegates as well as ensuring the company adheres to all regulatory requirements in the respective countries. He has served in many roles including the RVP for North America, AML/BSA Officer and Chief Compliance Officer for the SWB. In June 2017, he was instrumental in successfully implementing an effective Compliance Program, in the Southwest Border (SWB) region, derived from the 2010 agreement with the Arizona State Attorney General’s Office. Today, he oversees the implementation of the Deferred Prosecution Agreement (AML and Anti-Fraud) with the DOJ and FTC within his area of responsibility. In addition, in 2013, Mr. Alvarez negotiated the signing of two Memorandum’s of Understanding - one with the US Department of Homeland Security (DHS) on combatting human trafficking and the other with the International Anti-Counterfeiting Coalition (IACC).

Prior to joining Western Union in January 2013, Mr. Alvarez served as the Deputy Assistant Secretary, Office of International Affairs for DHS and the Assistant Director for Homeland Security Investigations (HSI), Office of International Affairs where he was responsible for the management and supervision of over 530 employees and two appropriated budgets totaling $275 million. Mr. Alvarez directed OIA’s investigative priorities including terrorist financing, money laundering (e.g., Operation Pacific Rim and HSBC), drug and human smuggling, human trafficking, fraud, counter-proliferation and cybercrime.

Mr. Alvarez has over 25 years of law enforcement and homeland security experience and has served in a variety of key overseas positions. His international experience includes a tour as the DHS/HSI Attaché for Spain, Portugal, Morocco, Andorra, and Cape Verde, as well as a tour as the U.S. Customs Service, HSI, DHS and CBP Attaché in Mexico City. While in Mexico City, Mr. Alvarez was appointed by Secretary Tom Ridge to serve as the first DHS Attaché, promoting DHS’ mission and priorities at the U.S. Embassy.