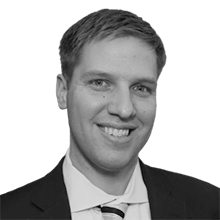 Craig Timm is a Managing Director within Global Financial Crimes at Bank of America Merrill Lynch. He is responsible for overseeing anti-money laundering for the Global Wealth and Investment Management business lines. He is the designated Anti-Money Compliance Officer for Merrill Lynch, Pierce, Fenner & Smith and U.S. Trust Company of Delaware.

Craig joined Bank of America Merrill Lynch in January 2016 from the Department of Justice, having most recently served as a Deputy Chief in the Asset Forfeiture and Money Laundering Section in the Criminal Division. In that role, he led a team of prosecutors responsible for enforcing criminal violations of the Bank Secrecy Act, U.S. Economic Sanctions and money laundering laws committed by financial institutions and their employees. As a trial attorney in the same unit, Craig prosecuted some of the largest financial institutions in the world including BNP Paribas, HSBC and MoneyGram. Craig began his career with the Department of Justice as an Assistant United States Attorney in the District of Arizona. At the Department of Justice, he was the recipient of a number of awards including the Attorney General’s Crime Victim’s Restoration Award, the Assistant Attorney General’s Award for Exceptional Service and the Immigration and Customs Enforcement Director’s Meritorious Service Award.