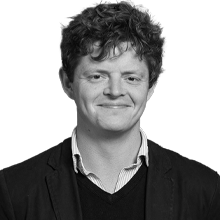 Tom Burgis is an investigations correspondent at the Financial Times. He has reported from more than forty countries, won major journalism awards in the US and Asia and been shortlisted for eight others, including twice at the British Press Awards. His critically acclaimed book The Looting Machine, about the modern plundering of Africa, won an Overseas Press Club of America award. His second book, Kleptopia: How dirty money is conquering the world, was published in September 2020. The Washington Post called it a "must-read" and it was named an Economist book of the year.