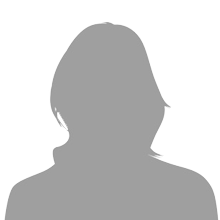 Sinéad Goss is the EMEA Head, AML, Anti-Bribery and Sanctions Legal at Citi. Having originally trained and qualified as a corporate solicitor with CMS Cameron McKenna LLP, she joined Citi in 2007 as the EMEA Head, Investment Banking Legal. Sinéad fulfilled this role for 7 years before moving into her current role in 2014. She provides legal advice to the bank on complex AML, Anti-bribery and sanctions issues across the region, including both advisory and investigations work.  Sinéad plays a lead role in the bank’s engagement with UK Government, law enforcement partners and other public private partnerships on significant policy and legislative initiatives, including the Joint Money Laundering Intelligence Task Force, SARS reform and the Criminal Finances Act. Sinéad was named in the Financial News “Rising Stars Hall of Fame” for the legal profession in 2016.