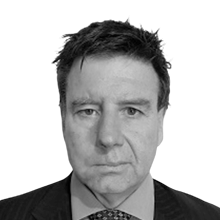 Murinbin Consulting is a strategic consulting practice designed at reducing the impact of financial crime through collaboration.

Nicholas was also the AFP’s representative on FATF and APG forums co-publishing two typology reports for those organisations, the first on TBML and second, the vulnerability of the Gold market to ML and TF.

Nicholas has consulted AUSTRAC, Fiji Revenue and Customs and other public and private sector entities. He recently facilitated a three-day workshop for NZ Customs and other NZ government agencies on Trade Base Money Laundering (TBML).

Nicholas is considered to be a very experienced subject matter expert on anti-money laundering, economic crime and criminal asset confiscation and has been engaged in strategic planning of whole of government approaches to the problem over a number of years.