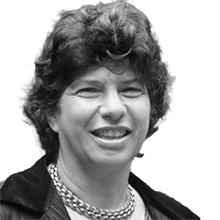 Dr. Louise Shelley is the Omer L. and Nancy Hirst Endowed Chair and a University Professor at Schar School of Policy and Government, George Mason University. She founded and directs the Terrorism, Transnational Crime and Corruption Center (TraCCC). She is the author of and Human Trafficking: A Global Perspective (Cambridge 2010) as well as most recently Dark Commerce: How a New Illicit Economy is Threatening our Future (Princeton University Press, November 2018)  which was written while an inaugural Andrew Carnegie fellow and on a Rockefeller Foundation awardee at Bellagio.

Professor Shelley served for six years on Global Agenda Councils illicit trade and organized crime of the World Economic Forum. Dr. Shelley appears frequently in the media, lectures widely at universities and multinational bodies and has testified repeatedly before Congress on human trafficking and financial crime. She is a life member of the Council on Foreign Relations.