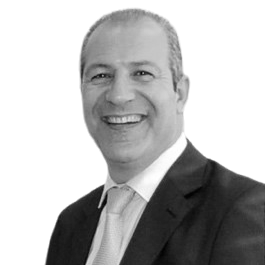 A professional Compliance Officer working for 30 years in the banking and non-banking industry. He possesses an Associateship Degree from The Chartered Institute of Bankers – renamed now as The London Institute of Banking and Finance – and an MBA from the University of Liverpool; He is a CAMS® certified professional practicing Compliance and AML/CFT for more than 15 years. He started his career from Banking Operations, but he soon moved into training due to his excellent operations knowledge and training talent; in parallel, from 1996 he was working as part-time tutor/adjunct lecturer for the Chartered Institute of Bankers, other Professional Training Academies like EY Academy Poland, and different Universities and Colleges in Europe. In the year 2000, he was assigned as a project manager for Compliance within the Banking Group he worked for; he implemented systems, controls, policies and procedures, as well as worked in different management positions within Group Compliance until mid-2013. In August 2013, he moved to the GCC Region and since then he is the Chief Compliance Officer for Lulu Financial Group, managing and directing the compliance and AML/CFT function for the Group in 12 countries around the world. He is also appointed as a Director in many Companies of the Lulu Financial Holdings Limited worldwide. He has the qualifications and experience to organize, direct, and manage a company and achieve its strategic business objectives.