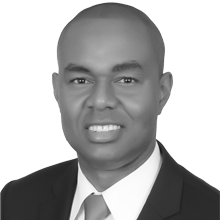 Mr. Burrell is currently the Director of the Policy and Methodology Department which is located within the Financial Institutions Supervisory Division (FISD) at the Bank of Jamaica (BOJ). His career at the Bank of Jamaica began in 2008 as a Senior Analytical and Policy Officer, and he has held several positions within the Policy and Methodology Department until eventually becoming its head. Mr. Burrell’s team spearheads the formulation and improvement of prudential policy and standards for issue to deposit taking institutions; as well as developing methodologies to guide the Financial Institutions Supervisory Division’s on and off-site supervisory procedures, in the context of developments in the financial markets and international best practices (as per the Financial Stability Board/Bank for International Settlements or otherwise). Mr. Burrell has represented the BOJ in several international fora most notably being Jamaica’s Representative to the United Nations Commission on International Trade Law (UNCITRAL) Working Group VI – Secured Transactions.

Mr. Burrell is a lifelong academic and an avid reader and enjoys presenting papers and articles especially as it concerns, International Financial Reporting Standards (IFRS), Anti-Money Laundering (AML), Countering the Financing of Terrorism (CFT), Proliferation of Weapons of Mass Destruction (PWMD) as well as Anti-Bribery and Corruption (ABC). He has written several Papers in the field of AML/CFT/PWMD including Politically Exposed Persons (PEPs) in Jamaica and Auditing the NPO AML/CFT Framework of Jamaica.  He enjoys watching soccer and running in his spare time.