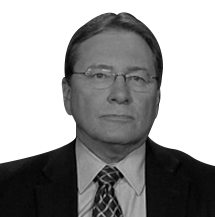 Dennis Lormel retired from the Federal Bureau of Investigation (FBI) in December 2003, having served 28 years as a Special Agent. During his distinguished career, Dennis amassed extensive major case experience as a street agent, supervisor and senior executive, particularly in complex, document and labor intensive financial related investigative matters. In December 2000, Dennis was promoted to Chief of the FBI’s Financial Crimes Program.

Immediately following the terrorist attacks of September 2001, Dennis formulated, established and directed the FBI’s comprehensive terrorist financing initiative. He developed and implemented a variety of proactive and progressive investigative methodologies. These efforts evolved into the formation of a formal Section within the Counterterrorism Division of the FBI, known as The Terrorist Financing Operations Section. This multi-agency, multi-disciplined entity attained international recognition as one of the world’s elite operations for tracking, investigating and disrupting terrorist-related financial activity. For his visionary contributions, Dennis received numerous commendations and awards to include the Award for Investigative Initiative, from the U.S. Department of Justice and the George H. W. Bush Award for Excellence in Counterterrorism, from the Central Intelligence Agency.

Over the last 15 years, Dennis has provided risk advisory consulting services. He is the founder and President of DML Associates, LLC. He provides consulting services and training related to terrorist financing, money laundering, fraud, financial crimes, suspicious activity and due diligence. He also offers financial intelligence services through case studies and trend analysis. Dennis has shared his insights on terrorist financing and money laundering, both domestically and internationally, through speaking engagements at hundreds of conferences, as well as through news media interviews. He served as an Advisor to the Congressional Anti-Terrorist Financing Task Force in 2005 and 2006. Dennis was presented with the 2010 Association of Certified Anti-Money Laundering Specialists (ACAMS) Volunteer of the Year Award. Dennis is also a Board member for the West Coast AML Forum and an Adjunct Professor, in the Master of Arts Program, for Financial Integrity, at Case Western Reserve University.