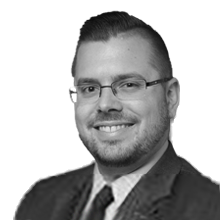 Zachary Miller is the First Vice President and Director of BSA/AML/OFAC for Mid Penn Bank, a retail banking institution in Pennsylvania. In this capacity, Zach is responsible for all aspects of the BSA compliance program including risk assessments, policy/procedure, managing the AML investigations, suspicious activity reporting, enhanced due diligence (EDD), currency transaction reporting, Office of Foreign Assets Control (OFAC) operations and AML business system areas which includes providing oversight, direction and guidance to the bank’s AML team and interacting with law enforcement, regulatory and audit personnel.

Zach is also responsible for the bank’s AML training efforts, which he facilitates through various types of delivery methods which reach the entire organization.  A graduate of York College of Pennsylvania, Zach has been involved in the AML field since 2009.

Prior to his current role, he has previously served as an AML analyst, quality control specialist, and deputy AML officer at Metro Bank in Harrisburg, PA. During his tenure with Metro Bank, Zach was part of a team that successfully remediated a regulatory consent order.  Zach obtained his CAMS designation in 2011 and the CAMS-FCI credential in 2014 as part of the inaugural class. In addition to working with ACAMS and other organizations as a speaker for several conferences and webinars, Zach also assists in leading an independently organized AML peer group in central Pennsylvania which currently maintains over 100 members from various financial institutions and law enforcement agencies from the surrounding areas.