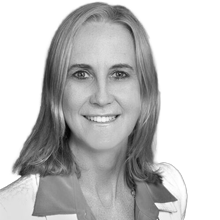 Patty O’Connor has over 25 years of experience in the field of Financial Crime Compliance (“FCC”) and Investigations.  Currently, she is the owner and President of the Compliance Strategy Group, a consulting firm providing advisory services in the Financial Crime Risk discipline.  Patty’s services include evaluating and advising firms on all aspects of their FCC programs, including the disciplines of Anti-Money Laundering (“AML”), Economic Sanctions (“Sanctions”) and Anti-Bribery/Anti-Corruption (“ABC”).

Patty brings unique experience from having served both within financial institutions actually building programs to her law enforcement experience in investigating and understanding financial crime risk in the real world.  This allows for a well-informed and meaningful approach to advising firms on how to build risk-based programs that focus on effectively managing and mitigating financial crime risk.  Patty provides quality services targeted to the needs of the client, as each client is unique and requires a tailored approach.  The goal is to ensure the client’s ability to identify and manage risk internally, through an effective program, that does not require the assistance of external parties.

Previously, Patty was the U.S. Head of Financial Crime Compliance (“FCC”) and BSA Officer at HSBC North America Inc., a subsidiary of HSBC Holdings plc.  In that role, she was responsible for overseeing compliance at the institution with financial crime risk, including the disciplines of AML/Fraud, Sanctions, and ABC.  In her four (4) year tenure at HSBC in the U.S., Patty led the U.S. in the build-out of its FCC Program, and most significantly, the successful remediation and closure of three U.S. regulatory Consent Orders (OCC and Federal Reserve Board) specific to AML and Sanctions.  Patty also led the U.S., in conjunction with the build-out of the Global FCC Program, to satisfactorily conclude the requirements of the U.S. Department of Justice Deferred Prosecution Agreement ("DPA").

Prior to joining HSBC, Patty held senior FCC roles at Bank of America Merrill Lynch (BAML) and Goldman Sachs, in both the United States and Hong Kong.  Particularly in her roles in Asia, where she was the APAC Regional Head of FCC for both organizations, Patty was successful at an early stage in Asia for implementing consistent global FCC Programs across the region, as such global FCC programs were uncommon in the region at that time.
Patty served as a Special Agent with the Federal Bureau of Investigation (“FBI”) for 13 years, where she primarily investigated complex financial crime, securities fraud and money laundering cases, and served as a Supervisory Special Agent in the Terrorist Financing Operations Section (“TFOS”) at FBI Headquarters.

Patty started her career as an attorney, and is admitted to the Bar in New York, California and New Jersey.