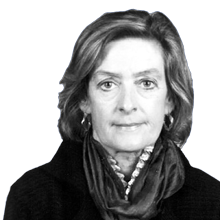 Maureen Maloney is Professor of Public Policy at Simon Fraser University. Previously she was the Lam Chair in Law and Public Policy and Director of the Institute for Dispute Resolution at the University of Victoria. She returned to the University of Victoria following a term as Deputy Minister to the Attorney General (1993 to 2000) and as the first women BC Deputy Attorney General (1997 to 2000) of the Province of British Columbia. Before assuming these positions, Prof. Maloney was the first woman to be a Dean of Law in British Columbia. She has published and lectured extensively. Her current teaching and research interests relate to justice systems, conflict management/resolution and good governance especially for anti-corruption and money laundering.

Professor Maloney is and has been actively involved in international governance, dispute resolution and human rights projects in Vietnam, Peru, Ethiopia, South-East Asia, Iraq, China, Brazil, Guatemala and South Africa. She has also served as a member of the Canadian Human Rights Tribunal based in Ottawa. Professor Maloney was a recent board member on the International Commission of Jurists (Canadian Section). She is also a senior associate of the International Centre for Criminal Justice and Law Reform.

Most recently Professor Maloney was the Chair of the Expert Panel on Combatting Money Laundering in Real Estate in British Columbia. (2019)